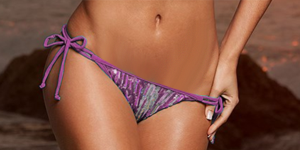 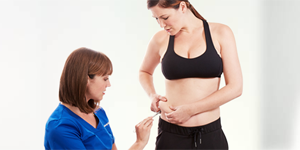 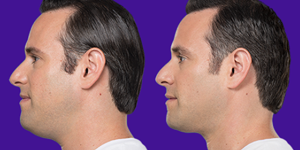 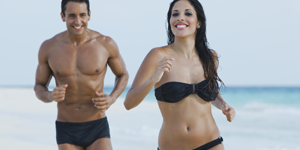 How to Get Rid of Pubic Fat – Without Diet, Exercise or Surgery!

Getting in better shape and losing unwanted fat is the #1 New Years Resolution in the United States. And, as we ring in the year 2022, women across the country turn to diet, exercise and other extreme weight loss methods.

But fat that has developed above the vaginal area on the pubis mound can be incredibly frustrating – because it is virtually impossible to get rid of pubic fat with diet and exercise alone. And because of the intimate location of this problem, many women are afraid to ask for help getting rid of pubic fat.

Additionally, for many women, feelings of insecurity about their body are amplified during moments of intimacy. While it is possible to disguise the “problem areas” on their body with flattering clothing during the day, it is infinitely more difficult to conceal such areas in the bedroom.

The good news is that AMAE Med Spa in Birmingham, MI offers a fast, painless and effective way to get rid of pubic fat – without exercise and dieting, and with no downtime.

At AMAE Med Spa in Birmingham, MI, we are proud to provide our patients with a discreet, confidential and permanent way to get rid of pubic fat. In this article, we will discuss how CoolSculpting can help our patients can get rid of troublesome fat on the pubic mound for good.

Why Do Women Get Pubic Fat?

Everything about a person’s body -from the thickness of their hair to the color of their eyes- is decided by their DNA. And where one’s fat cells are distributed is no exception. For some women, their DNA dictates that their fat be stored primarily in the thighs or abdomen -both of which can respond to diet and exercise. For others, their DNA has deposited more than a fair share of fat cells on the pubis mound, one of the body’s most stubborn locations. For such women, in order to effectively get rid of pubic fat, they must turn to fat removal procedures like CoolSculpting.

But why exactly is it so difficult to get rid of pubic fat? By the time a person reaches their teen years, the human body will have developed the total number of fat cells that it will have for the rest of their life. When a person gains or loses weight, those fat cells will expand or contract, but they will never increase or decrease in number. For this reason, it can feel almost impossible to get rid of pubic fat. But, thanks to CoolSculpting, pubic fat can be removed.

How To Get Rid of Pubic Fat

At our Birmingham, MI medical spa, we pride ourselves on a commitment to treating our patients with the latest and most effective aesthetic procedures, and our approach to how we get rid of pubic fat is no exception. CoolSculpting is an incredibly effective way to get rid of pubic fat, delivering unprecedented results without surgery, exercise, dieting or downtime.

Patients who choose CoolSculpting to help get rid of pubic fat can usually see noticeable results as soon as three weeks after treatment. After about 2 months, patients should be able to see peak results of pubic fat loss. And, for the next 4 to 6 months, the body will continue to flush away destroyed fat cells from the treatment area, after which time our Birmingham, MI patients can say goodbye to unwanted pubic fat permanently. Since the body stops producing new fat cells during the teen years, once they are destroyed, it is impossible for them to return.

How CoolSculpting Gets Rid of Pubic Fat

CoolSculpting has been approved by the FDA to get rid of body fat through the process of cryolipolysis. This revolutionary treatment freezes the fat cells in the treated area – which kills them. The destroyed fat cells are then eliminated by the body’s natural processes over time.

Additionally, CoolSculpting also offers some mild skin tightening benefits, further improving the flat appearance of the pubic mound. CoolSculpting can reduce fat in the treated area up to 25% with a single treatment. and multiple CoolSculpting sessions can lead to even more dramatic fat reduction in the pubic area. During CoolSculpting no anesthetic is required, there are no incisions, and the procedure can be performed in the comfort of our Birmingham, MI Med Spa while you text or watch videos on your phone!

For women with larger amounts of pubic fat, we also offer highly effective liposuction treatments. Lipo can safely remove up to 11 pounds of fat from the body in a single, minimally-invasive surgical procedure.

At AMAE in Birmingham, Mi we also offer state-of-the-art Morpheus8 that tightens skin and remodels fat by combining the regenerative power of microneedling with radiofrequency thermal energy! Morpheus8 is a “Subdermal Adipose Remodeling Device” (SARD) that achieves remodeling of pubic fat and tightening of skin in the pubic area a much deeper cellular level than microneedling alone. Morpheus8 radiofrequency heat energy actually melts and molds the fat to create smoother, younger, tighter skin and flatter and more defined contours in the pubic area.

Get Rid of Pubic Fat with CoolSculpting – Birmingham, MI

Dr. Ali has helped hundreds of women in Oakland County, Birmingham, Bloomfield, Farmington Hills and Troy get the body they love with affordable, non-surgical CoolSculpting. And financing options are available! Call AMAE Med Spa to see how CoolSculpting can give you the body you want.

How New Renuva is Different than Juvéderm
Scroll to top