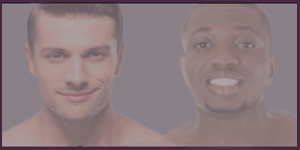 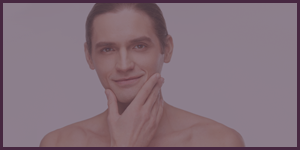 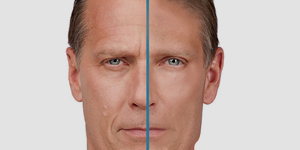 Men’s Injectable Treatments On the Rise!

Facial injectables – such as Botox, Juvéderm and other dermal fillers – were once almost exclusively used by women to look younger and more attractive.

But as everyone’s digital footprint is increasing – thanks to social media, selfies, and Zoom meetings – there is more pressure than ever for men to look good both on camera an off.

One fast, easy, affordable and immediate way for men to turn back the clock is with injectables: fillers, Botox and even the new double chin reducer Kybella.

Botox (and other Botulinum injections) remain the number one cosmetic procedure for men, with 473,354 administered in 2019 alone — a 5% increase from 2018 and a 403% increase from 2000, according to the American Society of Plastic Surgeons (ASPS). And those numbers continue to grow!

A recent article in the Huffington Post interviewed five prominent plastic surgeons in New York and California to learn more about the reasons that men love Botox.

Those surgeons indicated that the men visiting their practice for Botox were typically between 35 and 65 years old – most often white-collar professionals – with competition in the workplace being the major motivation for getting Botox.

Social media and online dating have also had a major influence in men’s desire to get Botox. With profile pics being seen everywhere from LinkedIn to Facebook to Match.com, looking attractive and youthful is even more important than it once was for men.

A strong, square jawline has always been part of the masculine ideal. And new Volux dermal filler by Juvéderm is now a great choice for men seeking a stronger, more pronounced chin.

Over the past 10 years, dermal fillers have made drastic improvements in their formulations and their versatility. Once used merely for filling fine lines and wrinkles, the new generation of facial fillers can now be used to actually restore the foundation of the face. The effects of jaw fillers can be seen all over social media, and in photos of some of world’s top influencers and favorite celebrities.

Jaw fillers are thick consistency dermal gel injections that used not just to “fill” but to shape and contour. In the hands of a skilled medical injector, Volux jaw filler is actually a fast and relatively simple procedure, that yields immediate results – which are just some of the factors behind its popularity.

In addition to increasing definition, jaw fillers can decrease the appearance of sagging skin, as well as reduce fine lines and wrinkles. But Juvéderm Volux takes this a step further, because it was specifically designed for use on the chin and jawline.

According to recent studies, almost 50 percent of adult men are concerned about their double chins—and many men use facial hair or clothing to hide “submental fat” under the chin.

Kybella is performed through a series of injections that “dissolve” the fat cells in the double chin. The destroyed fat cells are slowly and permanently eliminated by the body’s natural metabolic processes.

Most Kybella patients see a 50 percent fat reduction after just two sessions, and a 70 percent reduction after four – with full results after six Kybella treatments. Treatments are typically spaced one month apart. So complete results from Kybella may not be observable for six months or longer.

Because Kybella is injectable, it can treat smaller, more precise or isolated areas of the double chin – while we also offer CoolSculpting and Liposuction to treat the whole area, rather than smaller targeted areas.

If you are a man who would like to look younger or more attractive – at work, at home or online – schedule a consultation at AMAE Med Spa. We offer confidential consultations and discreet med spa treatments designed specifically for men – in a private and luxurious treatment room.

We also offer a wide array of men’s injectable treatments, as well as cosmetic surgery options, for men who want to look their best at every age.

More Men Are Getting Spa Treatments (Part 2)
Scroll to top